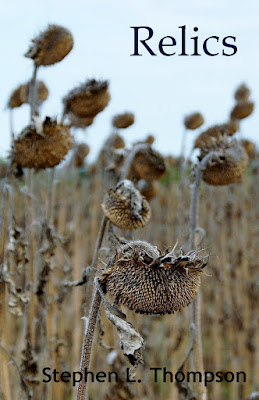 How does the “only” man in a world of women spend his days?  I know that’s not really the kind of question this blog is supposed to explore, but hey, this is for my new Kindle ebook “Relics.” It’s available for $0.99.  Below is the blurb for it, along with an excerpt.

A plague that kills men has devastated the world’s population.  Only a few thousand boys and men were able to be quarantined.  But Mike Shay is the only man known to have a natural immunity to the plague.  Therefore, he is practically the only man in a world of women.  He spends his days reading, playing video games, and making the occasional sperm donation.  Then Dr. Veronica Barrett shows up, disrupting what passes for his life.  She says she’s there to investigate his “mental wellbeing,” but is there more to her visit?

Instead of the normal, adolescent, heterosexual male fantasy of being the only guy on a planet of women, “Relics” tries to give a more realistic view of Mike’s life.

Zombie Zlayer 6 was your standard running through a zombie wasteland looking for supplies and survivors while blowing the heads off all the zombies you came across.  As he shotgunned a group of zombies, someone knocked.  Max raised his head and looked at the door, but Mike continued shooting until all the zombies were “fully” dead.  Then he paused the game and called out, “Come in.”

A woman he’d never seen before walked into the room.

For several seconds she stood in the doorway, letting him look at her.  He guessed she was about thirty.  She had fair-sized breasts, light brown hair hanging to her waist, and wore a simple green blouse with jeans.

Part of Mike thought her beautiful, but that was quickly drowned out by the cynical part of his mind that suspected her purpose in being there.  He set his jaw and turned back to the game.

“We had a deal.” Mike unpaused the game and went looking for more zombies.

The woman walked into the room, stopping by Max.  She held her hand out.  “Mister Shay, my name is Doctor Veronica Barrett.”

Ignoring her hand, Mike stated, “I already have a doctor.”

Veronica smiled and let her hand drop.  “Yes, but not a psychologist.  The Council sent me because they have become worried about your mental and emotional health.”

“Mister Shay, of the 7,645 males known to have survived the plague, you are the only one with a natural immunity.  It is of vital importance we preserve your genetic legacy, and as such the Council gave in to your original demands.  But things have changed in the past three years and the Council has decided to take another look at your arrangement.”

“Well, I like the arrangement the way it is.  Go away.”

Veronica knelt down and began petting Max.  “Mister Shay, given what is reported of your lifestyle,” she paused to nod towards the almost-empty beer bottle, “many on the Council have become concerned about your wellbeing.  They sent me to study matters and to offer suggestions for any warranted improvements.”

Mike found a cache of shotgun shells and loaded up.  “I have a suggestion.  Leave me alone.”

Veronica sighed and stood.  “It wasn’t easy for me to come here, you know.  Only a handful know your true location, and they made me sign a dozen secrecy forms.  I almost wasn’t allowed to visit you when a background check revealed that a second cousin I haven’t seen in over a decade is a member of an Amazon cult.”

Mike furrowed his brow for a moment, then saw a zombie.  Once it no longer had a head, he paused the game again.  He turned to Veronica and said, “Out of over three-and-a-half billion males on the planet, only 7,644 babies and boys – and a few men – were saved by quarantining them.  Once the lunar base is built, they’ll be shipped up there to start a new branch of humanity living in space, away from the plague.  Then there’s me.  Alive and well, with no fear of the plague.  And in a few generations, most of the people on Earth will be my descendants.”

***
I will warn you that this story does contain some profanity and sexual situations, so mature audiences only.