This Friday marks the 49th anniversary of when humans first landed on the moon.  As someone who supports lunar exploration (last year I announced my Stephen L. Thompson Lunar Exploration Prize) I wanted to do something to mark the occasion.  Therefore, from now through Saturday, you will be able to grab my two books dealing with the moon for free. 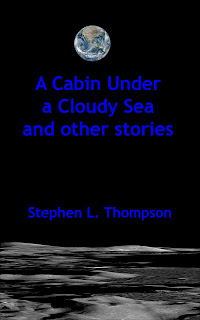 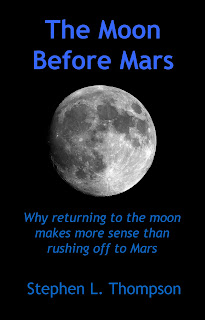 Fortunately, there are other places in the solar system besides Mars. While bases on the moon and amongst the asteroids won’t be as inspirational as one on Mars, they will have opportunities for businesses to make goods and services as well as profits, meaning less chance of them being outright cancelled. This will make life better on Earth and secure a firm foothold in space for humanity. The essays in “The Moon Before Mars: Why returning to the moon makes more sense than rushing off to Mars” allow me to describe my ideas on what can be accomplished on the moon and with the asteroids, and why Mars isn’t the destiny of humanity its cheerleaders make it out to be.
Posted by Stephen L. Thompson at 11:30 AM